SCANStar will be a regular feature on BuildingBlocks that highlights our dedicated volunteers, program participants, and program facilitators. Get to know the serious and silly things about the people who make SCAN great!

This week’s SCANStar is CASA volunteer 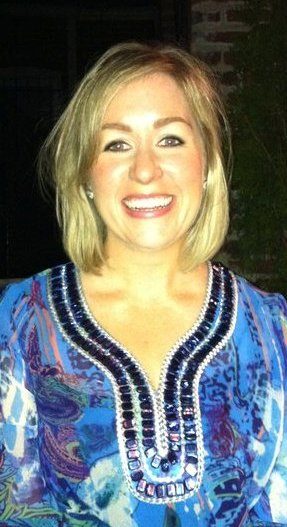 Christine Chambers, who has advocated for children for three years.

BuildingBlocks: How long have you volunteered with CASA, and what have you done as a volunteer?

Christine: I’ve been a CASA volunteer for about 3 years now.  In 2008 I completed my training and accepted my first case involving a teen mother with two children.  Shortly after that case ended I picked up another one involving teenage girl which ended in December of 2010.  I took a short break and I am now looking forward to starting a new case advocating for a 10-year-old girl.

What made you want to become a CASA volunteer?

I was interested in finding a rewarding volunteer experience that involved working with children.  Having grown up in Florida where CASA volunteers are known as Guardian Ad Litems, I immediately thought to check this out; however I discovered to be a GAL in Virginia, you needed to have a law degree, which I did not.  After doing a little more research, I figured out that the CASA program was what I was looking for and I immediately contacted the SCAN/CASA office to learn more.

Every CASA has heard the scenario in training—when your recommendations do not match the recommendations of the other professionals who are also working on the case (GAL, social worker, etc.).  This happened to me at one point during my first case.  Dana Taylor was my Case Supervisor at the time and supported my decision to stick to my original recommendations.  During court, the judge immediately picked up on the fact that my recommendations suggested a different plan than the other parties.  I was able to elaborate on my reasoning  and the judge agreed to carry out what I had put forth.  This was especially rewarding since it had been the number one wish of the child I was advocating for during the entire time we worked together.

Why have you continued volunteering with CASA?

It becomes very apparent in court how much insight a CASA can bring to a case.  The beauty of the CASA report is that important elements of the case can be illuminated to help the judge get a clearer picture of the child’s situation and what is in the best interest of  the child.  Being able to see your contributions make such an impact on a child’s life makes it all worth it.

Has anything about being a CASA volunteer surprised you?

How often I find myself thinking about a case.

When you were a child, what did you want to be when you grew up? What do you do now?

I wanted to be a neurosurgeon and now I am a marketer for the American Psychological Association’s databases and electronic products.  While I am sure neurosurgery would have been fascinating, I enjoy the human interaction and psychology that comes with a career in the field of marketing.

What was your favorite movie when you were a child?

I always looked forward to the Disney cartoon movies that would come out every so often—I was the proud owner of several VHS tapes of them, including Lady and the Tramp, Peter Pan, Aladdin, and so on, but my favorite was surely Beauty and the Beast.

If you were given a free flight anywhere in the world, where would you go?

I love traveling and have been fortunate enough to get a taste of several different regions of the world, but I currently dream of a safari trip in Africa.  I’ve always wanted to stay at Tamimi, Giraffe Manor, where you can observe the herd of Rothschild giraffes that roam the grounds or visit with them as they come up to your hotel room window.

If you had to eat one food for the rest of your life, what would you choose?

I enjoy foods of all kinds, however I do get tired of even the most delicious things very easily.  If I had to pick one thing that I may not get sick of, it would probably be a fresh fruit salad with a lot of variety in it…and mangoes are a must (which oddly enough I used to dislike until about 3 years ago!)

What is something most people wouldn’t know by looking at you?

How lucky I feel to have the wonderful friends and family that I do.