SCANStop: Becoming a CASA…One volunteer’s experience from training to swearing-in

SCANStop: Becoming a CASA…One volunteer’s experience from training to swearing-in

This week’s guest blogger is Kelly Harbitter. Kelly recently completed the Spring 2012 Court Appointed Special Advocate (CASA) volunteer training and was sworn in on May 22, 2012. Kelly is currently working her first CASA case. 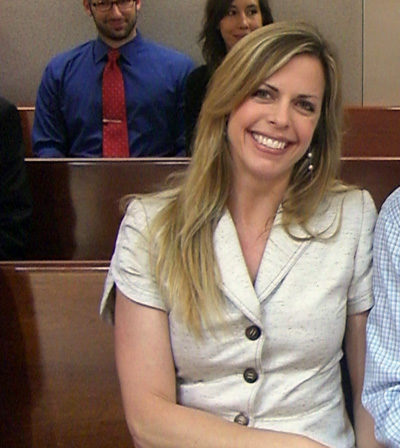 I don’t remember when I first learned about SCAN’s Court Appointed Special Advocate (CASA) Program, but when I did it immediately intrigued me.

I did a little of my own investigation and interviewed several CASA volunteers. As I began to better understand CASA, I felt deep down it was right for me. I was intrigued by the idea of using my professional skills in a volunteer role that would impact my community.  A CASA advocates for the best interest of a child (or children) engaged with the legal system as a result of alleged abuse or neglect. But I had never dealt with children who were abused or neglected, and it seemed a tremendous responsibility to advocate for them.

Was it really right for me? I had to find out.

Becoming a CASA requires training, and a good deal of it – five hours a week for six weeks, and one full day on a Saturday, to be exact. For most of the Spring on Tuesday and Thursday nights I hauled my 3-inch, 2.5-pound curriculum binder, highlighters and note pad to my evening class. After 20 years in a career, I was a student again! I met up with 10 other volunteers-in-training from a wide variety of backgrounds and experiences: attorneys, parents, teachers, private industry, military, law enforcement, retirees and students.

The energetic, experienced and knowledgeable CASA staff choreographed and provided our training during the six-week program. We were also joined by a range of experts in child welfare, family support, mental health and the legal system. We learned about child development, the effects of abuse and neglect, poverty, substance abuse, domestic violence and family dynamics. We studied how to effectively interview a variety of individuals, fact-find and write strong reports. We learned sensitivity regarding the cultural issues and ethnic differences inherent in each one of our lives. But most importantly, we learned how to identify the strengths that reside in all families – even if they are not always immediately apparent.

Some of the most important experts we heard from were individuals directly impacted by the CASA program. During an all-day, rainy Saturday classroom session, a young woman who was in foster care as a child (and then adopted by her foster mom) riveted our class as she spoke about her childhood, her challenging relationship with her biological mom, dealing with the court situation, her adoption and now adulthood. On several occasions we heard from CASA volunteers who shared their experiences on cases – sometimes heart wrenching – as well as their advice, tips and thoughts.

As part of our training we experienced the culmination of a CASA’s work: a juvenile court hearing. Each member of our class attended a dispositional or review hearing along with our CASA staff and a veteran CASA volunteer. In the hearing I observed the judge re-read and then refer to the CASA report as a first order of business, asking the CASA volunteer responsible for the report if he had anything to add. It was enlightening to see the system in action, the real people and lives involved (and impacted), and how important the CASA’s role and report was to the judge.

On our last day of training, we were each interviewed by a panel of experienced CASA volunteers. Daunting? A little. But it was an interesting test of the knowledge we had gained over the past six weeks. My interviewers posed various case and family scenarios and asked me how I would handle them. As I answered their questions, I was pleased with the volume of information I had absorbed, how much I had learned, and how much I had grown in my understanding of a CASA’s role and the program. I thank the CASA staff for that!

On May 22, 2012, my class was sworn in at the Arlington Juvenile and Domestic Relations Court. Four judges, two each from Alexandria and Arlington presented us with our training certificates. The judges spoke with such passion and support for the program that it made the time we had invested in training, homework and the self-reflection that goes along with it all the more worthwhile.

So is CASA right for me? Let’s see (now that I have my first case): I’m advocating on behalf of a child, working with families to hopefully help make a difference, meeting new friends in the other CASA volunteers, and working with the CASA staff, a group of people who never fail to motivate me with their energy and commitment to CASA and the children the program serves.

Yes, being a CASA is for me.