Since launching our Operation Safe Babies program last year, we’ve provided safe, portable cribs to more than 325 parents across Northern Virginia. We’ve also answered hundreds of their questions about how to make sleep safe for their babies.

October is Safe Sleep Awareness Month, the perfect time to share some of the most common questions we receive and some of the best answers we’ve found in our work: 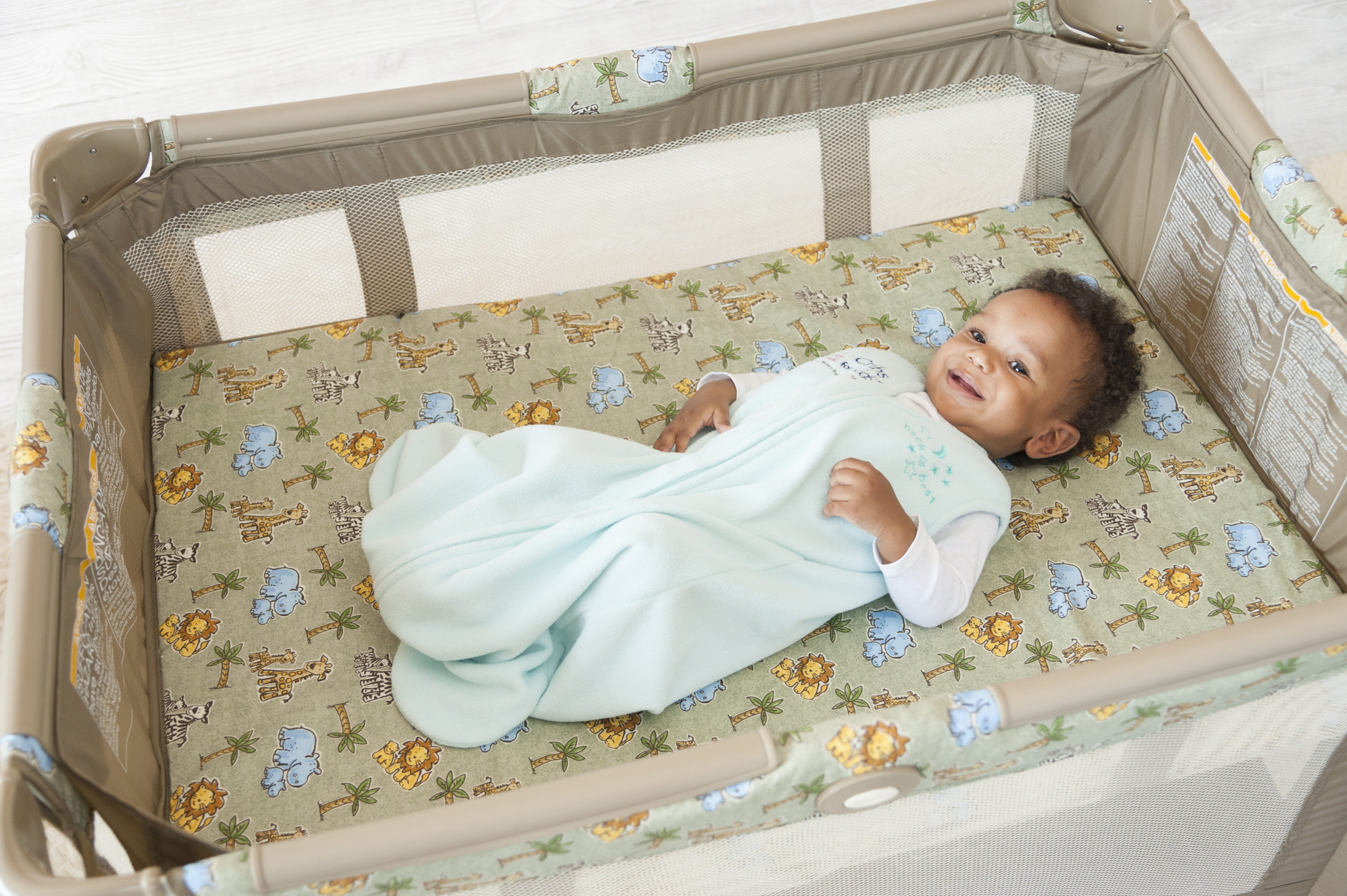 Q: Why should I put my baby on her back to sleep?

Remember: Babies sleep safest on their backs, and every sleep time counts!

Q: I’ve heard co-sleeping can be good for my fussy baby. Is it safe?

A: (From Cribs for Kids) The act of bringing an infant into a sleep environment with adults, other children, or pets puts the baby in danger of suffocating, either by being smothered in bedding; by positional asphyxia, which occurs when a baby’s position prevents them person from breathing adequately; or by being accidentally rolled over by a sleeping companion (overlay).

EXTRA TOOL: An opinion piece in the LA Times this September was met with powerful responses from the medical community, including this letter from the President of the AAP reposted online by Cribs for Kids:

To the editor: The risks of sharing your bed with your infant are not “imaginary,” contrary to the opinion expressed by Robert LeVine and Sarah LeVine.

An adult bed poses very real risks of sudden infant death syndrome (SIDS), unintentional suffocation, strangulation or entrapment to an infant. Sleep-related infant deaths claim more babies between 1 month and 1 year of age than any other cause.

Multiple studies bear this out. That’s why the American Academy of Pediatrics advises against bed-sharing.

The safest place for an infant to sleep is in a separate crib or bassinet with a tight-fitting sheet and nothing else, preferably in the parents’ bedroom for up to a year.

Q: How can I make sure other caregivers are careful when putting my baby to sleep?

A: SCAN developed a “Pledge Card” in English and Spanish. We encourage parents to make copies for babysitters, family members and other caregivers to sign and hang up as a reminder for the children in their care.

Q: What does a “safe sleep” environment look like?

A: The National Institutes of Health has a great online visual tool that allows parents to see and interact with pictures of a bedroom as they learn how to create a safe sleep environment in their own home.

What questions have parents asked you about safe sleep? We’d love to help you answer more questions!

A report recently published in Pediatrics and funded by the National Institutes of Health spotlights a troubling statistic: 20 percent of new moms said they did not receive advice from their doctors regarding current recommendations on issues like safe sleep and breastfeeding. This reflects a greater challenge we’ve noted in our community — new parents often feel isolated, in need of resources and hungry for connections that can make them more nurturing parents. Our new Operation Safe Babies initiative is one way SCAN is working to address the issue in Northern Virginia.

We’re sharing a portion of the original medicalxpress.com article here:

Many new mothers do not receive advice from physicians on aspects of infant care such as sleep position, breastfeeding, immunization and pacifier use, according to a study funded by the National Institutes of Health.

Health care practitioner groups have issued recommendations and guidelines on all these aspects of infant care, based on research which has found that certain practices can prevent disease and even save lives.

The study authors surveyed a nationally representative sample of more than 1,000 new mothers, inquiring about infant care advice they received from doctors, nurses, family members and the news media.

Roughly 20 percent of mothers said they did not receive advice from their doctors regarding current recommendations on breastfeeding or on placing infants to sleep on their backs—a practice long proven to reduce the risk of sudden infant death syndrome (SIDS). More than 50 percent of mothers reported they received no advice on where their infants should sleep. Room-sharing with parents—but not bed-sharing—is the recommended practice for safe infant sleep.

The study appeared in Pediatrics and was conducted by researchers at Boston Medical Center, Boston University, and Yale University, New Haven, Connecticut.

“Earlier studies have shown that new mothers listen to their physicians,” said Marian Willinger, Ph.D.., of the Pregnancy and Perinatology Branch at NIH’s Eunice Kennedy Shriver National Institute of Child Health and Human Development (NICHD), which funded the study. “This survey shows that physicians have an opportunity to provide new mothers with much-needed advice on how to improve infant health and even save infant lives…”

[Read the full article and more details about the original report here: http://medicalxpress.com/news/2015-07-mothers-physician-advice-infant-position.html]